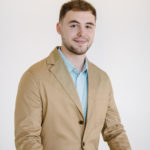 On July 16, 2021, the Federal Housing Finance Agency (FHFA) announced it was finally removing the Adverse Market Refinance Fee. The additional fee, which was introduced last year, raised either interest rates or closing costs on all conforming refinance loans. Removing the fee will make refinancing less costly for millions, with refinance rates or fees dropping as a direct result. And the good news is, those lower costs start now.

The FHFA justified the Adverse Market Refinance Fee by claiming it was necessary to protect Fannie Mae and Freddie Mac from losses they might incur as a result of the pandemic. It feared that high unemployment and a recession would turn many of their loans bad.

The fee, which applied to all conforming refinance loans, was equal to 0.50% of a borrower’s loan amount. But, few mortgage lenders charged the fee upfront. Most simply charged higher refinance rates, rather than asking homeowners to pay extra at closing. Borrowers saw their refinance rates increase between 0.125% – 0.25%, driving their mortgage costs up.

By April 2021, only about two percent of Fannie and Freddie’s single-family mortgages were still in forbearance, according to the FHFA’s own figures. So it was a no-brainer for the new administration to scrap the fee, which it had never liked.

To reflect everything we have become since our founding in 2003, and more importantly, to showcase and accelerate our bold vision for our future, we’ve undergone an extensive company-wide rebrand.

A Female Business Owner to Watch in 2022

Unibell Financial Inc. at the NYSE